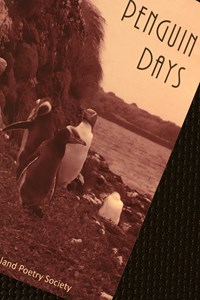 when we dance we write love poems to each other, but they’re terrible
as poems because they don’t have any words and while I can’t tell
you what a poem is, at least I know it should have words.

but instead we are silent apart from occasional
sighs of happiness, and the love poems we write,
that aren’t really poems, we write
with our feet and our breath and our bodies, which
seems like a terribly clichéd thing to say but
sometimes the clichés are true and besides people have
been dancing and then caving in to the
lust that they have danced up for centuries, so how
do I make that sound new?

late one night we were dancing and a new song began and I
groaned a little inside because it’s really
really not the kind of song I like, and I don’t know if you
felt my internal groan or if you just knew this wasn’t my kind of
song or what, but you said, quietly:
it’s a good song if you’re in the mood for lovin’
and suddenly it was the right song and for that moment it
was the kind of song I like, because we were in it together and we
were both in the mood for lovin’, as it turned out.

but, goddammit, you really are a frustrating man to
know. do you know that? because whenever we give in
to the love poems we’ve written that don’t have any damn
words, we then fall down awkwardly and you refuse
to help us get back up. and after frustration and irritation and
confusion and possibly many other words that end in –ion, just as I
accept that there are no more words between us, you offer your
hand and there we are, dancing again, and I’ve no idea whether we
will write this time or not.

and this poem, which has words, is not a love poem or a like
poem. but it’s a poem and it’s for you and maybe you’ll like it and
maybe you won’t.

Paula Harris lives in Aotearoa/New Zealand, where she writes and sleeps a lot, because that's what depression makes you do. She won the 2018 Janet B. McCabe Poetry Prize and the 2017 Lilian Ida Smith Award, and was a semi-finalist for the 2020 92Y Discovery Poetry Prize. She was the recipient of a Vermont Studio Center writing residency in 2018.

She is extremely fond of dark chocolate, shoes and hoarding fabric.